Welcome to the portal Silesian Porcelain dedicated to the history of the ceramic industry in Silesia – from the 19th century one of the most important regions of ceramic production in Europe. Information and iconographic materials you can find here are gathered by the Museum of Porcelain in Wałbrzych, and the creation of the portal was possible thanks to the funding both from the Ministry of Culture and National Heritage within the programme “Kultura Cyfrowa” and municipality of Wałbrzych.

After Napoleonic Wars, German economy was in a bad condition, the crisis was especially severe to the weaving craft, which was not able to keep pace with English industry based on mechanical spinning plants. In these circumstances, founding ceramic industry in Silesia brought a significant chance for development of the region. It was also important that deposits of feldspar and quartz were located in a short distance, as these were raw materials necessary for production of high-quality ceramics. In Wałbrzych and the surrounding localities, where weaving industry had significant importance, numerous companies were founded, which produced porcelain. Due to natural resources, as well as large amounts of wood, the terrain seemed to be created for development of ceramic industry. Until the end of the 19th century there were as many as twenty porcelain factories in operation in Silesia, including thirteen which survived World War I, the world crisis of 1929, and functioning until the end of World War II. The output of the factories was targeted not only at the German market but it was also exported to all parts of the world. 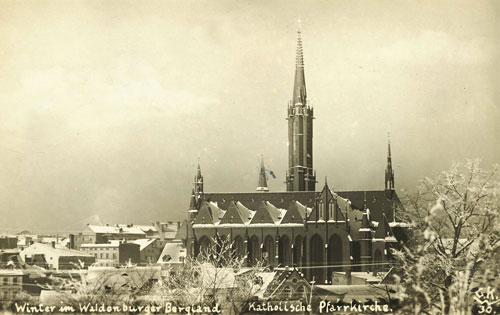 The Sophienau (Zofiówka) factory was founded in 1857. Its first owner was Julius Schwarz, who sold it two years later to Joseph Schachtel. In the factory there were two furnaces functioning, and there were forty workers employed. That was close the factory in Jaworzyna Śląska never to be established. If Altwasser (Stary Zdrój) was not an active health resort then, the Traugott Silber would build his factory next to the C. Tielsch company.