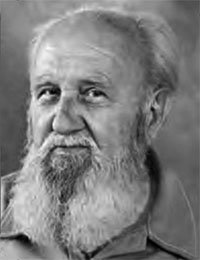 In the period before the war Wincenty Potacki worked in the porcelain factory in Ćmielów and its branch in Chodzież. Within the period of 1947-1949 he was bound to the ‘Wałbrzych’ Porcelain Factory, then between 1949 and1950 to ‘Karolina’ in Jaworzyna Śląska, and from 1955 to Ćmielów, where he worked until 1991. He was an author of several dozen service patterns, including the ‘Feston’ pattern, produced until the present. The most popular patterns designed by Potacki are for instance the ‘Krokus’ and the ‘Goplana’ coffee services. In the seventies he also prepared a reconstruction of the historic service called ‘Rococo-Sèvres,’ and designed the ‘Romantica’ and the ‘Pompadour’ services with decoration related to the Rococo manner. 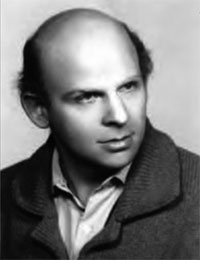 Lubomir Tomaszewski studied at the Academy of Fine Arts (ASP) in Warsaw, he took part in the reconstruction of the Warsaw Old Town. Within the period of 1956-1966 he worked at the at the Department of Ceramics and Glass in the Institute of Industrial Design. Together with H. Jędrasiak, H. Orthwein, and M. Naruszewicz, he worked out models of chamber sculptures for Polish porcelain factories. He designed about 34 patterns, as for instance the ‘Kruk,’ (‘Raven’),’ the’Wielbłąd’ (‘Camel’), the ‘Śpiewaczka’ (‘Singer’), or the ‘Arabka’ (‘Arabian Woman’). He was also the author of the coffee services named ‘Ina’ and ‘Dorota,’ which won the gold medal at the First International Exhibition of Industrial Forms in Paris in 1963. He emigrated to the USA. In 2005 he started his cooperation with the porcelain factory in Ćmielów and designed new patterns of figurines. 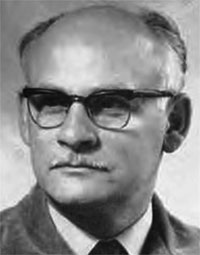 Zbigniew Stadnicki took part in World War II and was a prisoner of war in Murnau. In 1952 he graduated from the School of Drawing and Painting in Warsaw. Among others, he dealt with designing vessel forms – he is the author of the ‘Ewa’ coffee service produced in the porcelain factory in Wałbrzych, a co-author of decorations named ‘Polskie kwiaty polne’ (‘Polish Wild Flowers’) for the ‘Ćmielów’ factory. 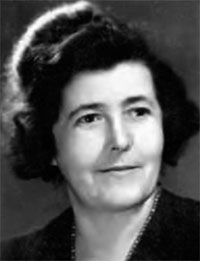 Within the period of 1946-1949 Zofia Przybyszewska was a student of the Department of Painting at the State Higher School of Fine Arts in Wrocław, and at the Academy of Fine Arts in Warsaw in the period of 1949-1950. From 1951 to 1966 she worked as a designer at the Department of Ceramics and Glass in the Institute of Industrial Design in Warsaw. She is an author of several dozen of patterns for applied ceramics, as for instance the ‘Teresa’
or ‘Lotos’ coffee services (1958, ZP ‘Pruszków’), as well as vases, ashtrays, bridge sets, or chocolate boxes. She also worked out representative dish sets for milk bars (1954) and hospitals (1964).

Ludmiła Pokornianka graduated from the State Institute of Fine Arts in Poznań (1947). Within the period of 1947-1962 she worked as a painter and designer for the ZPS ‘Wałbrzych’ porcelain factory, from 1962 to 1969 she worked for the ZPS ‘Chodzież’ factory, and from 1969 she was an employee of the ZPS ‘Lubiana’ factory in Łubiana near Kościerzyna. Ludmiła Pokornianka specialized in designing manually applied decorations, as for instance in techniques of glaze spraying, etched decoration, or with the use of glitter. 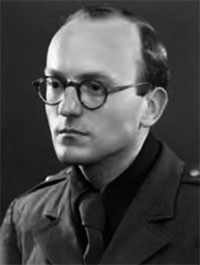 Henryk Jędrasiak studied at the Department of Architecture of the Warsaw University of Technology within the period of 1938-1939, and from 1946 to 1950 he studied at the Department of Sculpture of the Academy of Fine Arts in Warsaw (diploma in 1953 at the study of T. Breyer). Within the period of 1955-1964 he worked as a designer at the Department of Ceramics and Glass in the Institute of Industrial Design in Warsaw. He worked out about 24 patterns of ceramic chamber sculpture, his most popular models are for instance the ‘Sudanka’ (‘Sudanese’), the ‘Seksbomba’ (‘Sexbomb’), or the ‘Nosorożec’ (‘Rhinoceros’), and also multi-branch vases among others. Furthermore, he dealt with monument sculpture, for instance he was the author of the fountain by the Palace of Culture and Science, grave monuments of K. I. Gałczyński and J. Tuwim at the Powązki cemetery in Warsaw.